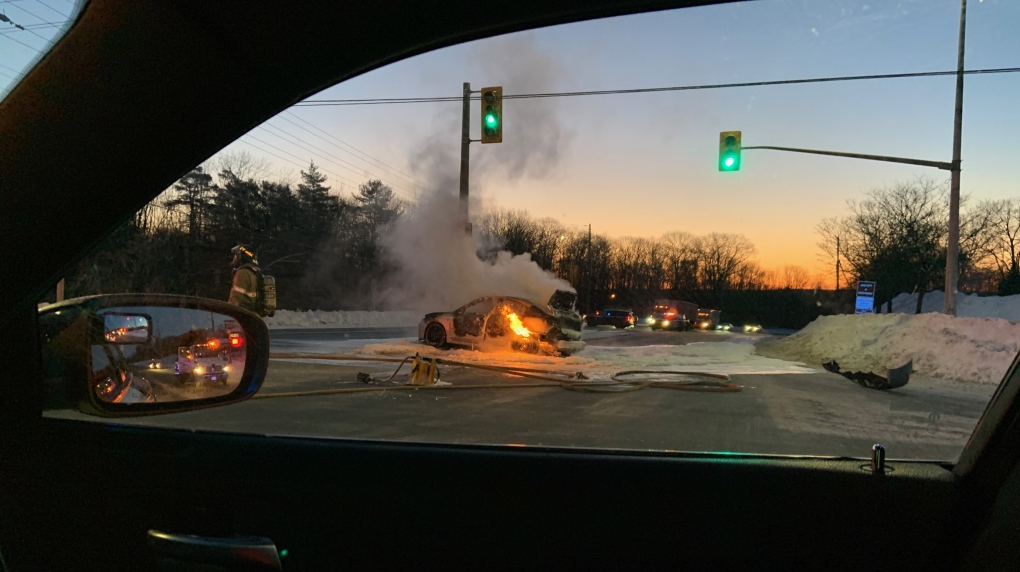 BARRIE -- Traffic along County Road 93 at Yonge Street in Midland was brought to a halt after an early morning vehicle fire Monday.

The road was closed for the car to be removed and give crews time to salt the intersection.