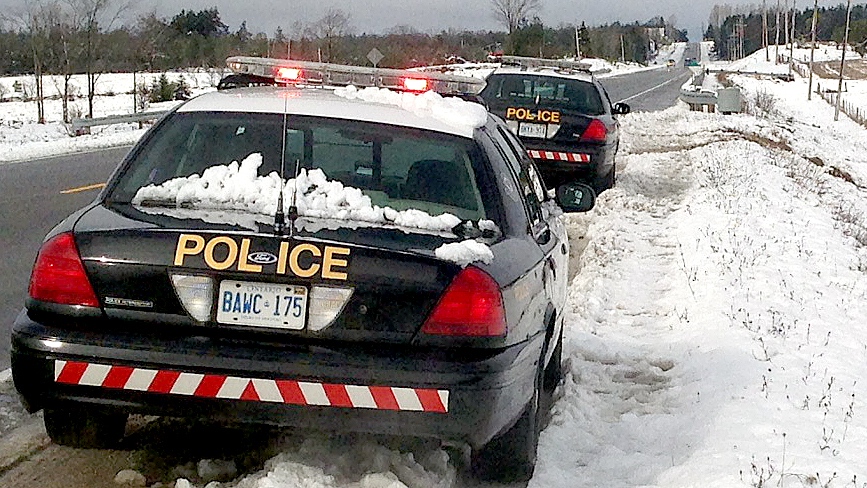 A Nottawasaga OPP officer had to hold a car fire at bay until firefighters arrived after a routine traffic stop yesterday.

Just after noon Sunday, an officer pulled over a dark blue Volkswagen on County Road 21. The officer noticed dark smoke coming from the car as the driver walked toward the cruiser. The driver told the officer the car was on fire.

Police say the officer then made sure no one else was in the car before trying to put the fire out with a fire extinguisher. The Essa fire department had to be called to help put out the fire. Police closed County Road 21 between the 10th and 11th Line of Essa for the fire and to get the car off the road.

The driver was charged with driving without a license.