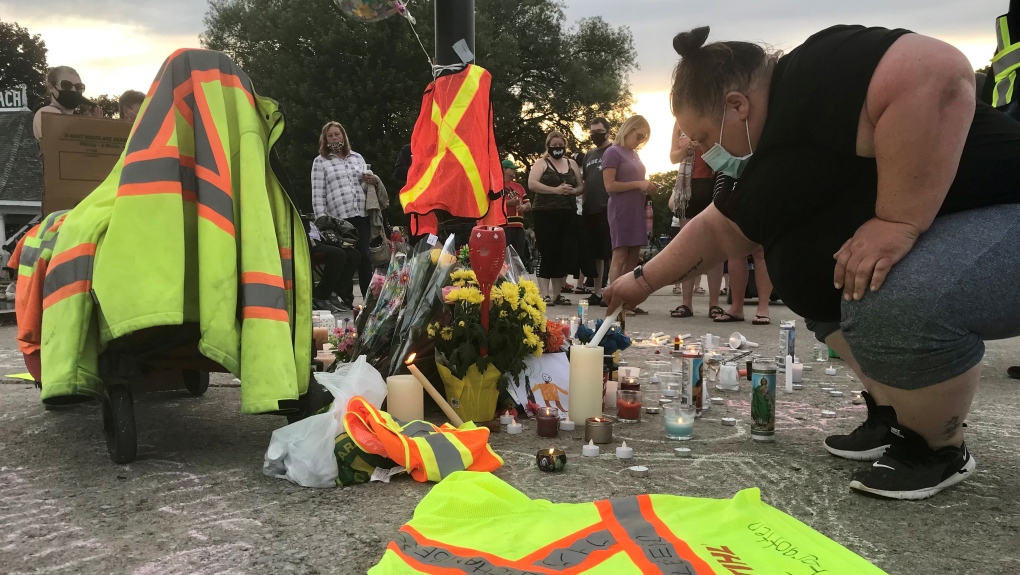 At the vigil, hundreds of mourners added candles to the growing memorial and shared stories about Bellchambers who they say was an inspiring man who was always willing to help out the community.

"He brought a smile to everyone who knew him, he will be so missed by everyone in the community and if he wasn't downtown he was either fishing or swimming," said James Douglas McRae, cousin of Bellchambers."

Those who knew Bellchambers also say while he was an inexperienced swimmer, he often wore a life jacket, except for the Saturday when the incident happened.

A GoFundMe campaign has been set up to help with funeral costs.