Caledon crash sends three to hospital, one with serious injuries 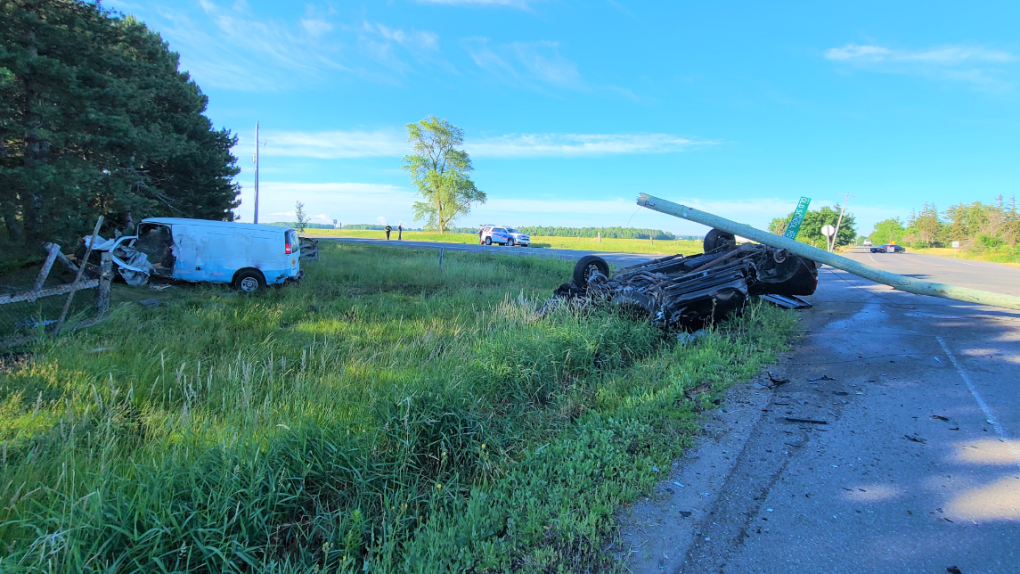 A white work van and black pickup truck were involved in a serious collision in Caledon, Ont. on Wed. June 23, 2021, that sent three to hospital. (OPP)

BARRIE, ONT. -- Three people were taken to the hospital after a serious collision involving a work van and pickup truck in Caledon Wednesday morning.

According to provincial police, the crash happened on Old School and Mississauga roads shortly before 7 a.m.

Police say the 22-year-old man driving the work van was taken to a trauma centre with life-threatening injuries. His passenger, a 21-year-old woman, was also injured, though not seriously.

Police are investigating what caused the collision and ask anyone with dash cam footage to contact Caledon OPP.

Police closed the area for the investigation, it has since reopened.