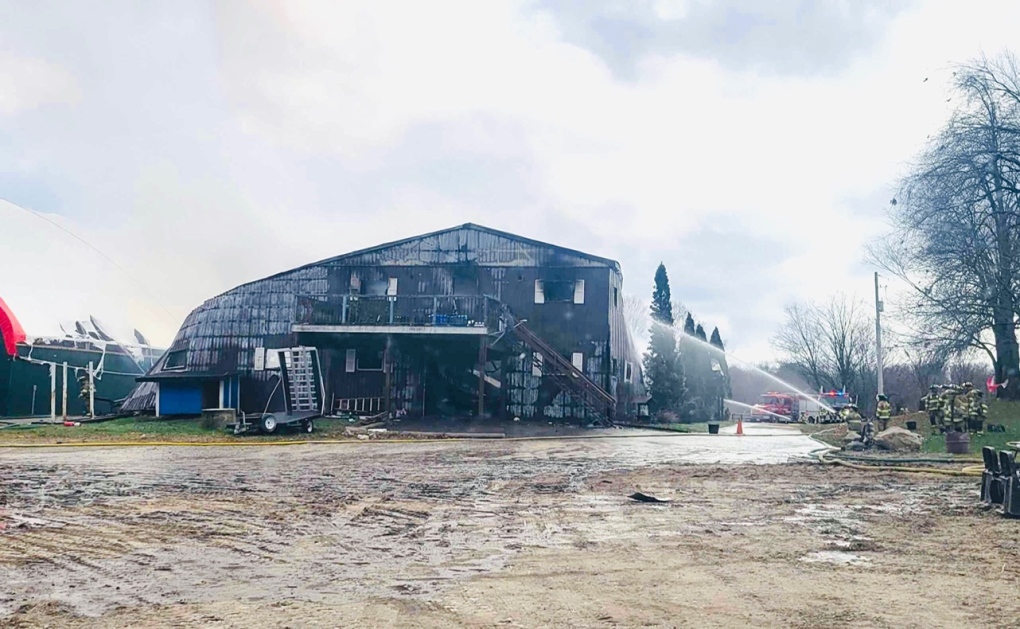 One person is in hospital after a barn fire in Caledon on Saturday.

According to fire officials, crews were called to the area of Innis Lake Road north of Old Church Road at 8:05 a.m. and arrived to find a barn fully engulfed in flames.

Twenty horses that were housed inside the barn at the time of the fire were safely removed; however, one of the homeowners working to remove the animals suffered smoke inhalation and was transported to hospital.

Damages are estimated to be around 1.5 million dollars, and the fire is not considered to be suspicious.