Cadets recognized by City of Barrie with flag-raising ceremony

Cadets recognized by City of Barrie with flag-raising ceremony 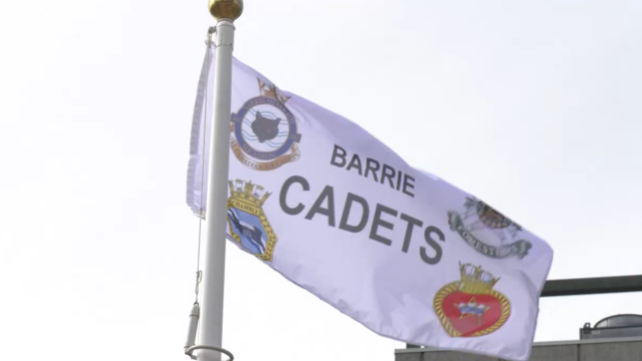 A flag-raising ceremony was held to mark the beginning of cadets week in Barrie on Sat., Oct. 1 (Steve Mansbridge/CTV News).

The City of Barrie is helping to honour the next generation of young cadets this week.

The city has proclaimed the first week of October as Cadet Week, recognizing the work done by all four crests of Canadian cadets.

"I've learned a lot about myself," said Talia Rossit, Sea Cadet. "I've definitely built up my own leadership and it's just wonderful to be part of the community."

A flag-raising ceremony was held at city hall to mark the week.

"This is their recognition for all the things they do," said Diane Chislett, Central Ontario Navy League Director. "They help out in the community doing whatever they can, I'm extremely proud of them and we hope to continue this tradition annually."

Chislett said they're always ready and willing to take on more cadets.