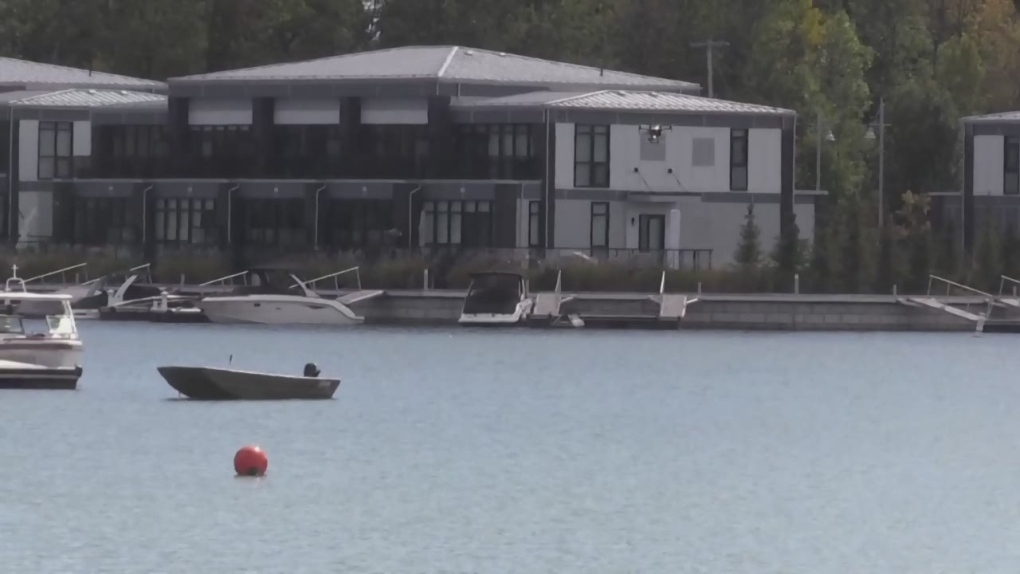 Driver rescued after vehicle plunges into the water at Friday Harbour in Innisfil, Ont., on Thurs., Sept. 17, 2020. (CTV News Barrie)

BARRIE, ONT. -- A dramatic rescue took place at Friday Harbour on Thursday morning after a car plunged into the water.

Witnesses saw the vehicle sink into the harbour off Sunreef Avenue in Innisfil and sprang into action to pull the driver out.

"Our crews continued with CPR and resuscitation until paramedics took over," Raeburn said.

Paramedics told CTV News the 64-year-old man had a pulse and was breathing on his own when they got to the scene. They rushed him to a local hospital in critical condition.

South Simcoe Police said no one else was in the vehicle, which was removed from the harbour late this afternoon.

Police are investigating the circumstances which lead to the man driving into the chilly water.