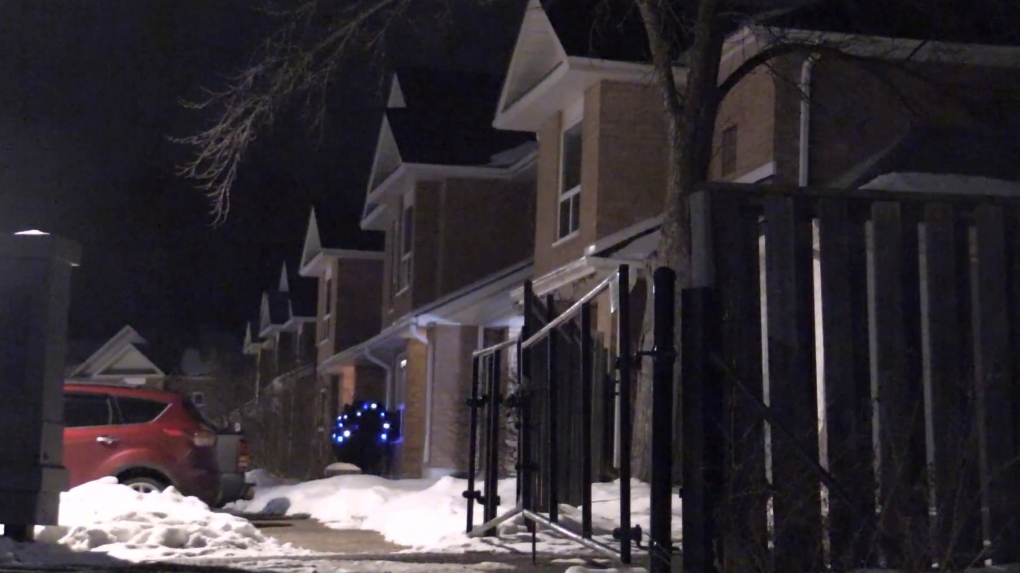 A townhouse complex on Yonge St in Barrie, Ont. was the scene of what Barrie police call a case of attempted murder in late December 2020 (Don Wright/CTV News)

BARRIE, ONT. -- Barrie police say gunshots were fired into a home last month in what they call a case of attempted murder.

Witnesses reported hearing as many as five shots near Yonge Street and at Big Bay Point Road before 10 p.m. on Dec. 30.

No one was injured, but the glass of a patio door was shattered.

Police dogs tracked the footprints of two suspects but couldn't find them. Investigators describe the culprits as being dressed all in black, except for white socks.

Police call the violence "isolated" but have not explained who the suspects may have been trying to hurt or why.