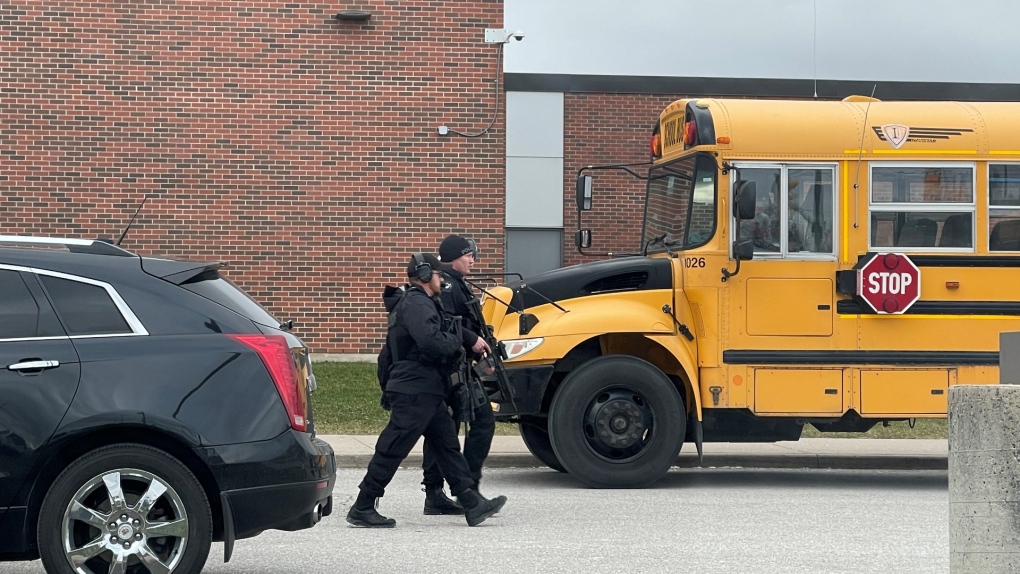 Police say reports of shots being fired that prompted two schools to be placed in lockdown in Bradford Thursday morning were false.

"Investigation has determined no shots were fired," South Simcoe police stated on Twitter shortly before noon.

Bradford District High School and Fieldcrest Elementary School were placed in lockdown during the police investigation as a precaution.

Police say the lockdowns have since been lifted.

The Simcoe County public school board noted students and staff are safe, and further information would be sent "directly" to families."

During a lockdown, students and staff move to secure areas away from doors and windows and are quiet.

The interior doors are locked, lights are shut off and blinds are drawn.

Police say the investigation is ongoing.

A gay man is taking the federal government to court, challenging the constitutionality of a policy restricting gay and bisexual men from donating to sperm banks in Canada, CTV News has learned.

Dominic Barton, the former global managing director of McKinsey & Company, says he had no involvement in federal contracts awarded to the firm in recent years.

Australia is removing monarchy from its bank notes

Australia is removing the monarchy from its bank notes. The nation's new $5 bill will feature an Indigenous design rather than an image of King Charles III. But the king is still expected to appear on coins that currently bear the image of the late Queen Elizabeth II.

When the opera 'La Flambeau' premieres next week in Montreal, Black performers will be front and centre in an artistic medium where they have historically been under-represented.

A suicide bomber who killed 101 people at a mosque in northwest Pakistan this week had disguised himself in a police uniform and did not raise suspicion among guards, the provincial police chief said on Thursday.

Top European Union officials arrived in Kyiv on Thursday for talks with Ukrainian officials as rescue crews dug through the rubble of an apartment building in eastern Ukraine struck by a Russian missile, killing at least three people and wounding about 20 others.