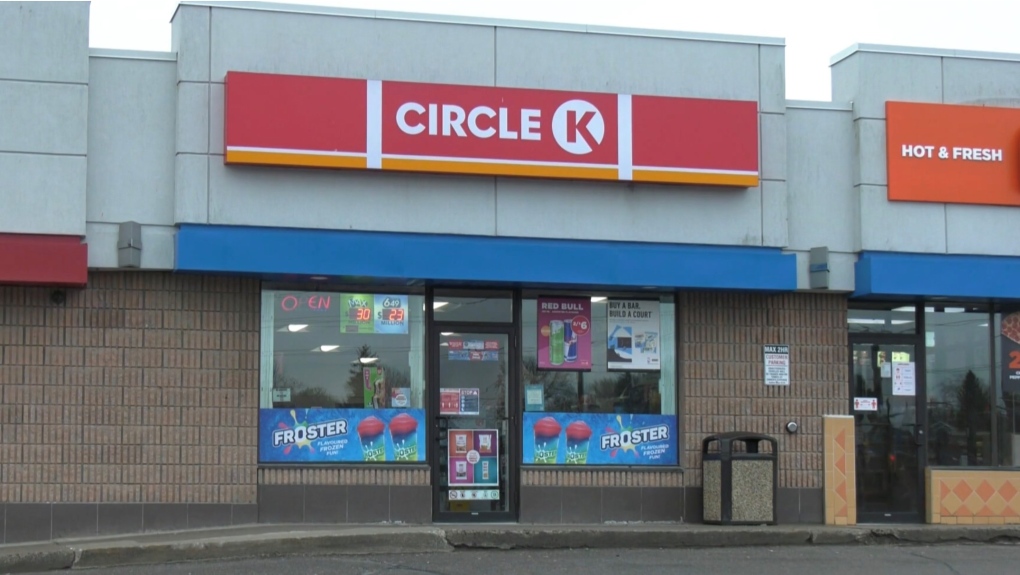 BARRIE, ONT. -- A Circle K in Bradford is the latest Simcoe County franchise to be targeted in an armed robbery.

It happened on Saturday morning shortly before 2 a.m. at the convenience store located on Holland Street West, near Simcoe Road.

He is described as having a medium build and was wearing a black mask, a hoodie, blue jeans, black shoes, black gloves and black sunglasses.

It is the third Circle K to be robbed in Simcoe County in less than two weeks. Two locations in Barrie have also been hit by armed robberies, one on Sunday and another on April 1.

Anyone with information on the latest incident is asked to contact the South Simcoe Police Service at 905-775-3311 or Crime Stoppers.