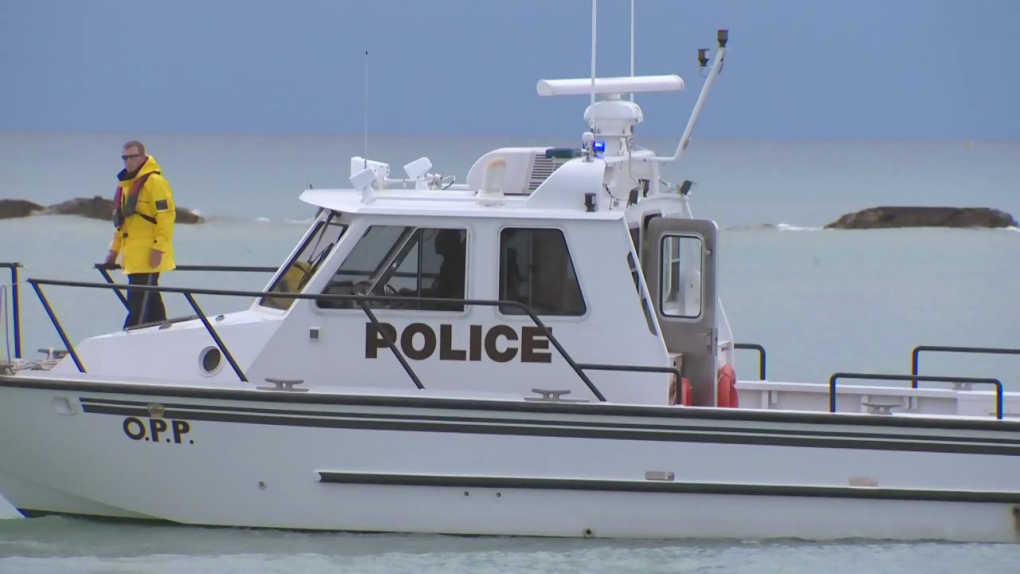 An OPP boat searches for a missing swimmer near Station Beach in Kincardine on Sunday, Aug. 2, 2015.

The body of a missing canoeist from Halton Hills has been found in Kawartha Lakes.

According to Kawartha Lakes OPP, the body of the 28-year-old woman was recovered from Pigeon Lake on Saturday morning.

The discovery comes five days after the OPP ceased search efforts for the woman.

Police say the woman and two other people went out on a canoe on April 3 to retrieve a pedal boat that had drifted away from shore.

One person was able to successfully make it back to shore after the canoe capsized. The body of a 23-year-old Scarborough man was recovered from the lake on April 5.

Police say none of the canoe occupants had life-jackets on.