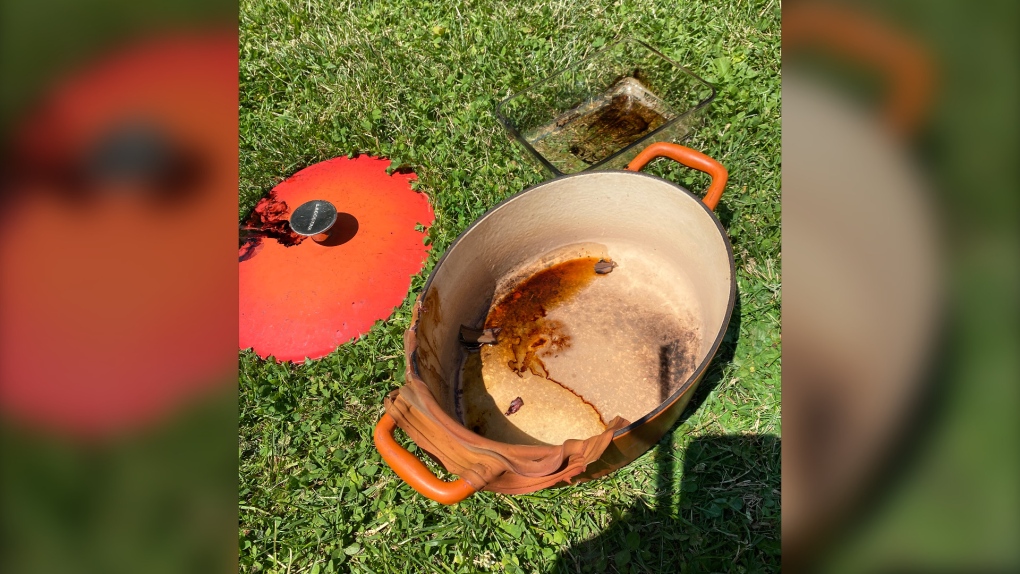 The Blue Mountains Fire Services Department is using an incident over the weekend as a teaching moment about fire safety.

On Saturday, fire crews responded to a call from a good Samaritan regarding smoke coming from a single-family dwelling in Thornbury, Ont.

Duncan Rydall, chief fire prevention officer, opened the unlocked door, and when crews entered the home, they found the oven broiler on with a pot and lid along with a glass dish with a plastic cover inside.

"Crews vented the house with a large venting fan, tested the smoke alarm/ carbon monoxide combination alarms and determined the devices needed to be replaced due to smoke contamination," Rydall told CTV News on Saturday.

He said it was an excellent reminder to the public about what shouldn't go inside a heated oven and to have working alarms.

"Do not place combustible items inside the oven, ever. Other than light smoke damage inside the home, everyone, including the two cats are all in good health," Rydall said.

"Also, if you have pets that traverse the countertops, lock out the controls on your kitchen range to prevent a pet from inadvertently turning on the broiler."

Rydall said a large-sized bull terroir was also inside the home at the time but was not injured.

Lights out, ovens off: Europe preps for winter energy crisis

As Europe heads into winter in the throes of an energy crisis, offices are getting chillier. Statues and historic buildings are going dark. Bakers who can't afford to heat their ovens are talking about giving up, while fruit and vegetable growers face letting greenhouses stand idle.