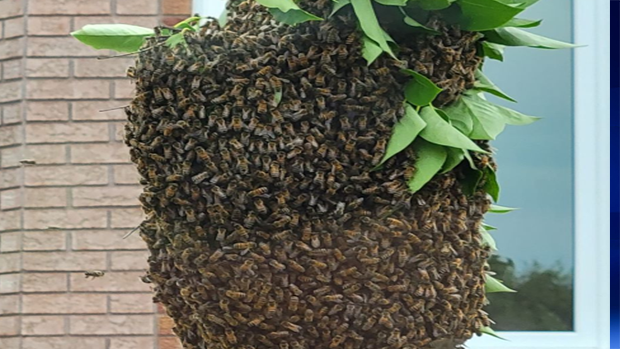 A bee swarm stops to rest on a tree along Livingstone Street East in Barrie, Ont., on Fri., June 24, 2022. (Photo Courtesy: Alicia Wishart)

An unusual sight was captured Friday afternoon in Barrie as a swarm of bees stopped to rest on a tree on Livingstone Street East.

A Barrie woman noticed the bees as she drove home and stopped to snap a pic of the impressive colony. 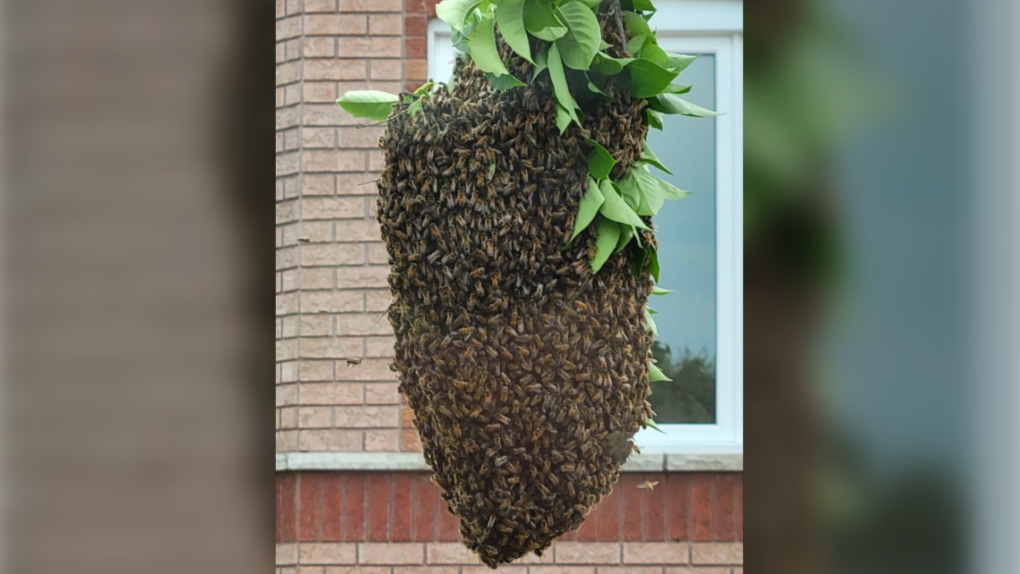 A bee swarm stops to rest on a tree along Livingstone Street East in Barrie, Ont., on Fri., June 24, 2022. (Photo Courtesy: Alicia Wishart)

While it may appear dangerous or give a fright, experts say swarms will often move on in a few days without intervention.

They say the bees aren't typically defensive but can sting if disturbed.

Residents are advised to watch the bees from a safe distance.

The Ontario Bee Rescue Society has been notified of the significant swarm.

A widespread power outage is currently affecting the downtown core in Toronto and officials say it may have been caused by a large crane that struck a high-voltage transmission line.

A national tracking system for health-care workers, with information on what training they have, where they're located and what their career plans are, would make a 'significant difference' in addressing future staffing challenges, the president of the Canadian Medical Association says.

A new report says Canada needs to change its federal visa policy to speed up the admission of Ukrainian refugees, which has slowed to a trickle.

The last supermoon of the year, known as the 'sturgeon moon,' will rise in the evening sky tonight.

A four-year-old girl who went missing from her home Thursday morning was found wandering on train tracks near a Toronto subway station.

A group on Prince Edward Island is calling for a return to tougher COVID-19 restrictions in the province.

A new tax on yachts, luxury cars and private aircraft designed to hit the super-rich could also cover vehicles meant to help the environment, a tax expert warns.