Barrie teen guilty of 2019 stabbing death of boy, 15, faces those impacted at hearing

Warning: Some readers may find the details of this article upsetting.

The teenager who pleaded guilty to first-degree murder in the stabbing death of another teen inside a Barrie, Ont. group home in 2019 was in court Thursday for a sentencing hearing.

The now 17-year-old sat in the prisoner's box in handcuffs with his head down and a mask on, listening to victim impact statements from those closest to the young man whose life he took three years ago.

According to police, the two teens, whose identities are protected under the Youth Criminal Justice Act, lived inside the same south Barrie group home at the time of the arrest on Feb. 19, 2019.

The Crown called the murder premeditated and brutal with a level of violence so severe the 15-year-old victim's lung, neck and liver were severed, and the handles of the knives used in the attack were broken.

The moment Barrie officers arrested the then 14-year-old - not far from where investigators said the vicious attack took place - was captured on home surveillance video. 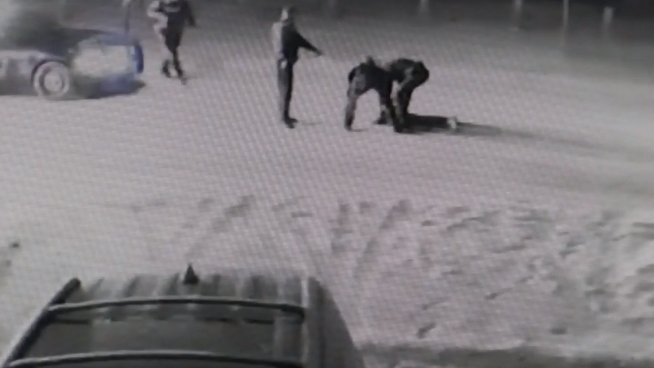 On Thursday, the court heard from witnesses in the group home who described the effect the young man's death had on them.

"My son will never turn 16," the victim's mother told the court. "The horror of what happened pulled the air out of my lungs," she said, adding her heart was torn out.

One man read his victim impact statement to the court, saying he continues to experience "vivid nightmares" from witnessing the attack.

Another young person described the overwhelming trauma he has faced since the incident. He turned to the prisoner's box, saying, "I'm not afraid of you. I am so glad today is the last day I have to see your face."

In a joint submission, the Crown and defence asked Justice Michelle Fuerst to sentence the teen to the maximum of 10 more years, including six years in custody, without giving him additional credit for pre-sentence custody.