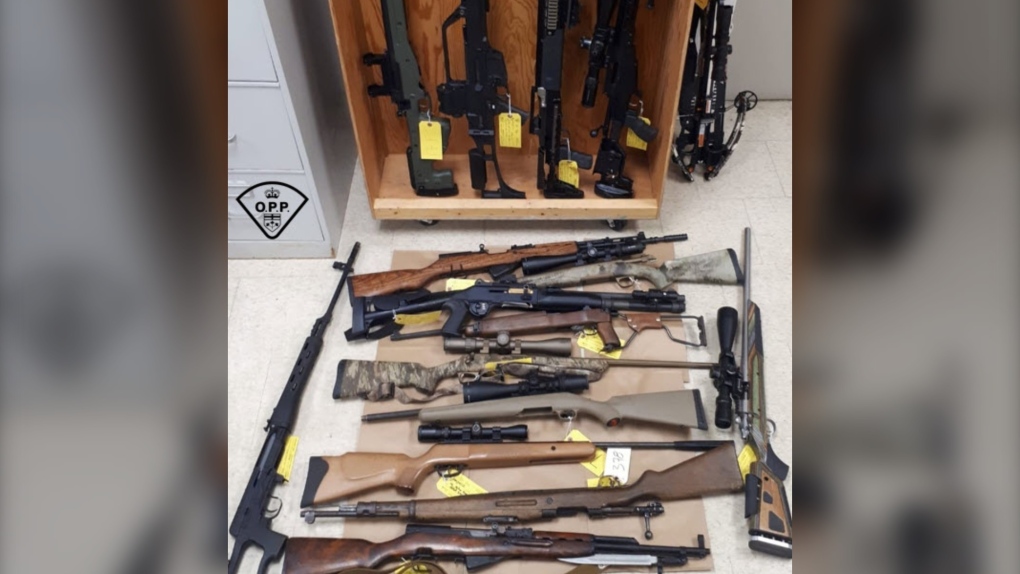 OPP officers executed warrants on Sept. 15, 2020, at two locations on Hartsmere Road, one in Carlo-Mayor Township and the other in Addington Highlands Township and seized multiple firearms, including semi-automatic rifles. (Supplied)

BARRIE, ONT. -- A Barrie resident is among 26 people arrested and charged in connection with a drug investigation that resulted in police seizing over 4,000 cannabis plants and multiple weapons.

Along with the cannabis plants, officers found nearly 140-kilograms of dried cannabis, nearly 500-kilograms of cannabis shake, growing and processing equipment and over two dozen firearms, including semi-automatic rifles.

Three Aurora residents and a Stouffville resident also face charges in the case.

All of the accused were released with a scheduled court date next month.