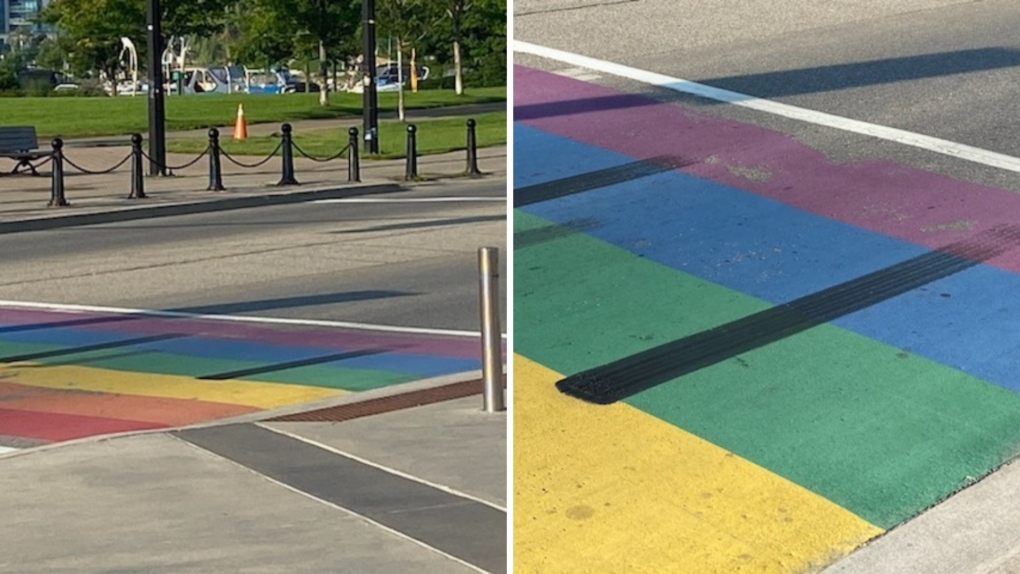 Barrie police are investigating what they believe is a deliberate act of vandalism to the city's Pride crosswalk.

"We believe it was intentional damage, as the marks are quite clear, compared to the normal wear and tear on the road," Barrie Police Services said in an email to CTV News.

Barrie Pride said it believes, like police, that the vandalism was not a random act.

"There are over 1,000 kilometres of streets in Barrie. It would be statistically unsound to state that the only Rainbow Crosswalk was randomly vandalized as it is only 20 feet of the cities streets," said Jessie F. Lawson, Barrie Pride founder and executive director.

This isn't the first time someone vandalized the Pride crosswalk since it was installed two years ago.

The boyfriend of Gabby Petito, whose body was found at a national park in Wyoming after a cross-country trip with him, was charged with unauthorized use of a debit card as searchers continued looking for him Thursday in Florida swampland.

British actor Tom Felton, known for his portrayal of Draco Malfoy in the 'Harry Potter' movies, collapsed while playing a celebrity golf exhibition Thursday at the Ryder Cup.

Ont. mother who camped outside premier's office will have son's autism file looked at:, minister

An Ontario mother, who had been holding a one-woman protest for the past week to try to get help with her son's autism care, will finally have her file looked at after a call from the social services minister.