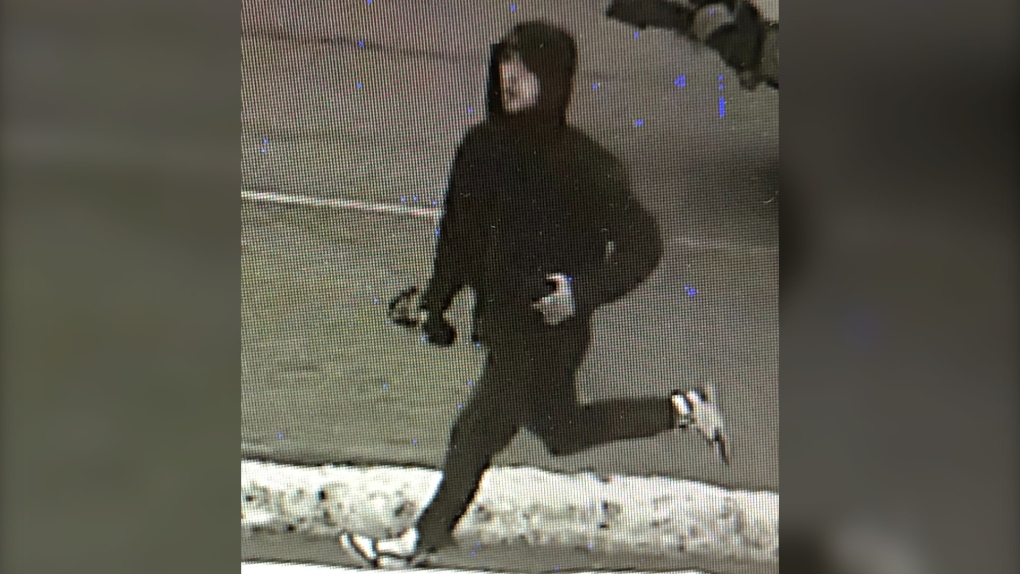 BARRIE, ONT. -- Barrie police have released surveillance images of the suspect in a hit and run crash that sent a woman to hospital.

The collision on Essa Road near Anne Street Thursday afternoon left a 26-year-old woman trapped inside her vehicle. Once freed, she was airlifted to a Toronto trauma centre, where she remains in serious condition.

Police say the other driver ran away from the scene. Investigators hope the suspect's distinctive black and white shoes may help identify him.

The traffic unit is investigating the cause of the crash.