A large black and white photo of a B25 Bomber that was on display in the rotunda at Barrie City Hall is missing.

The photographer, Ian McIntosh, says the artwork is one of his premiere photo prints from his first solo exhibition. It was allegedly stolen right off the wall on Saturday afternoon.

"I'm not exactly pleased that a piece like that has been lost," McIntosh said. 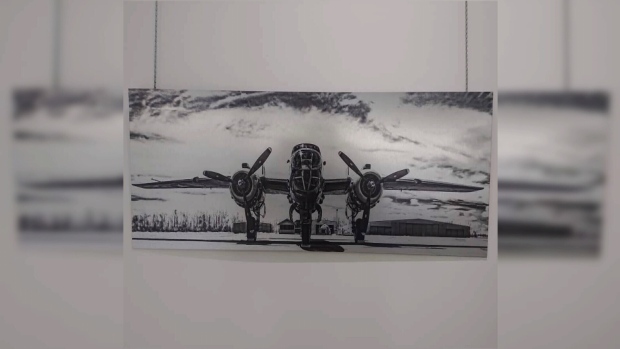 The military photo required hours of editing to perfect and is valued at $800.

Security footage from City Hall appears to show a man walking out with the four-foot-long picture.

Anyone with information is asked to contact Barrie police.

A piece of art honouring Barrie’s rich military history by photographer Ian McIntosh was stolen from City Hall - the suspect is known to police and was captured on video walking out with the 4-foot-long picture ⁦@CTVBarrieNews⁩ pic.twitter.com/B92Su8amPZ