A local politician in Barrie, Ont., says she'd like to see all new properties in the province better secured against tornadoes after a twister caused severe damage to homes in the city last week.

Coun. Natalie Harris says having hurricane straps installed in all roofs would help prevent them from being ripped off buildings during severe weather.

She says she plans to put forward a motion at a council meeting next month that would have the city propose improvements to the Ontario Building Code to better protect buildings against severe winds.

Harris says she also wants to ask the City of Barrie to bring in a bylaw mandating hurricane straps for roofs of new local properties.

Ontario's ministry of municipal affairs and housing says it welcomes ideas from the city on how the building code can be improved.

Natalie Harris, the Barrie councillor, said she was visiting her 15-year-old son at his father's house when the tornado touched down in Barrie last Thursday and blew off the house's roof.

"It used to be a two-storey and it collapsed on itself," Harris said in an interview Wednesday, adding that the walls of one upstairs bedroom were gone and the downstairs windows were all shattered.

"If my son was up in his bedroom where the roof ripped off, and with the amount of debris that was in his room, I don't know if he would be alive."

No one was killed in last week's tornado but 10 people were taken to hospital. The city said more than 100 residents were displaced as a result of the twister and roughly 20 homes are considered uninhabitable.

In 1985, a tornado that hit Barrie killed eight people and injured more than a hundred others. Hundreds of homes were destroyed. 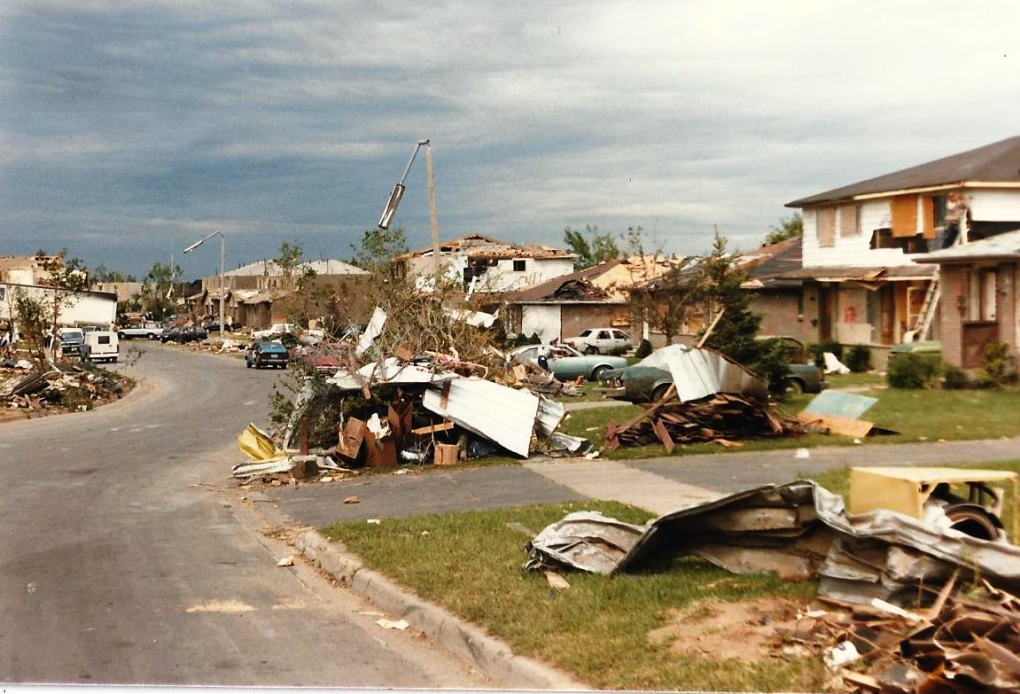 Harris noted that hurricane straps can only protect from a certain class of a tornado but said mandating them for new residential, commercial and industrial buildings could nonetheless save lives and help prevent damage in the future.

"Unfortunately, sometimes we act after disasters strike," said Harris. "I can't just sit back and think that going forward, heaven forbid there's another tornado in Barrie, that without the straps, we'd be in the same situation."

Barrie's mayor said Harris's idea was a good one.

"It's a low-cost increase to construction methods that could help mitigate damage in certain storms," Lehman said Tuesday.

A spokesman from Ontario's ministry of municipal affairs and housing said the province would work with the city to help it respond to the tornado and "welcome their ideas about how the code can be continuously improved." 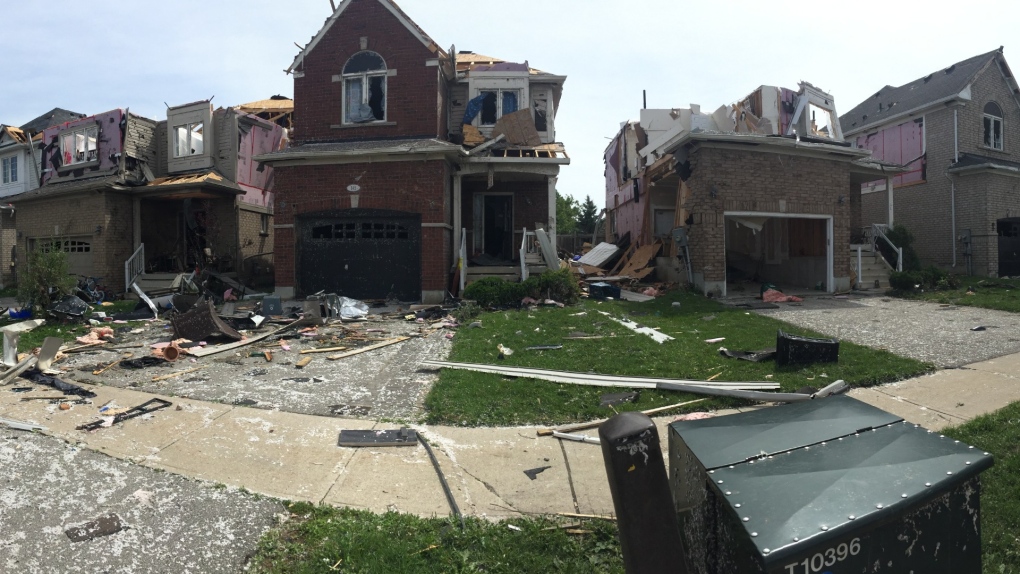 Damage to homes on Sun King Crescent in Barrie after an EF-2 tornado struck in the afternoon of Thu., July 15, 2021. (Roger Klein/CTV)

He noted, however, that municipalities are responsible for enforcing the building code within their jurisdictions.

"Ontario's Building Code sets robust standards that must be met when it comes to the construction of houses. This includes requirements for ensuring the walls and roof of a house are secure," Conrad Spezowka said in a statement.

Environment Canada has given last week's tornado a preliminary rating of EF-2, meaning it had maximum wind speeds of 210 kilometres per hour. The damage path was about five kilometres long and up to 100 metres wide, the weather office said.

This report by The Canadian Press was first published July 20, 2021.

Hurricane Ian made landfall in southwest Florida near Cayo Costa on Wednesday as a catastrophic Category 4 storm. About 2.5 million people were ordered to evacuate southwest Florida before the storm hit the coast with maximum sustained winds of 150 mph (241 km/h).

U.S. Border Patrol said on Wednesday that 23 people were missing off the coast of Florida after a Cuban migrant boat sank due to Hurricane Ian.

Robert Cormier, a Canadian actor whose credits include 'American Gods' and the long-running series 'Heartland' has died at age 33.

An Ontario boy with terminal cancer wanted to see monsters. 1,000 strangers made it happen

A five-year-old Hamilton boy battling brain cancer had one request: he wanted to see monsters. Earlier this month, 1,000 strangers made his wish come true.

This ship tried to warn the Titanic about the iceberg. Now scientists have found its wreckage

The wreck of a ship that tried to warn the RMS Titanic of the iceberg that sank it on its maiden voyage has been found at the bottom of the Irish Sea.

A new global study now confirms the link between a temporary increase in the menstrual cycles of some individuals as a result of the COVID-19 vaccine.