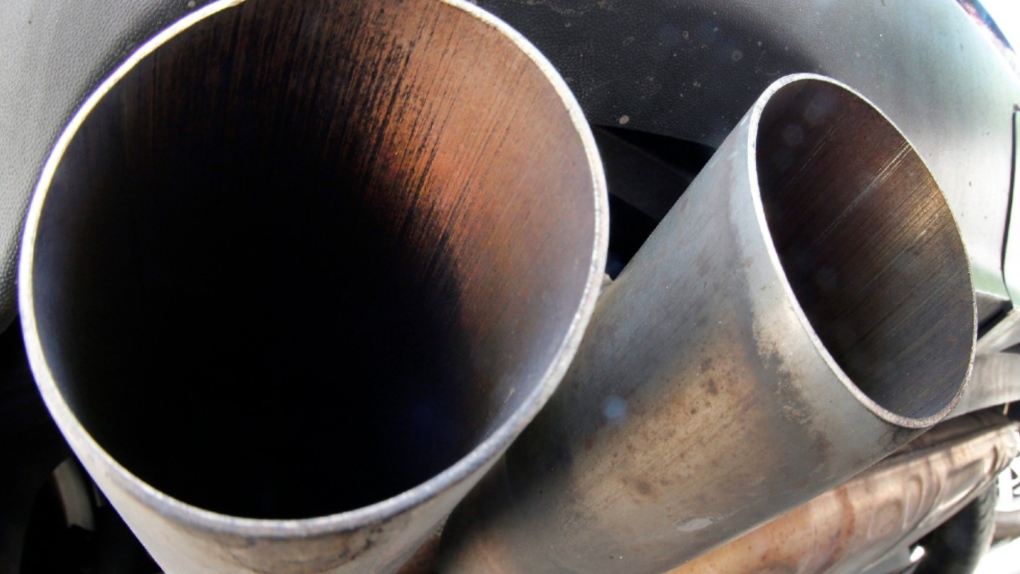 Muffler on a vehicle - file image.

Officers in Barrie laid nearly 20 charges in one day as part of an enforcement initiative targeting loud and modified vehicles.

"Noisy cars are one of the most frequent concerns heard by the Barrie Police Service, and our members understand how frustrating and disruptive these vehicles can be," the service stated in a release on Monday.

Officers issued 17 noise-related charges on Friday, including five for vehicles with no mufflers, six for improper mufflers, and six for unnecessary noise.

Police say another 10 charges were laid for various offences, including speeding.

They say officers stopped a 29-year-old Barrie man for allegedly driving 86 km/h over the limit along Mapleview Drive.

Police claim he was travelling 136 km/h along the posted 50km/h road.

"The driver was charged accordingly with stunt driving, and his vehicle was impounded," police stated.