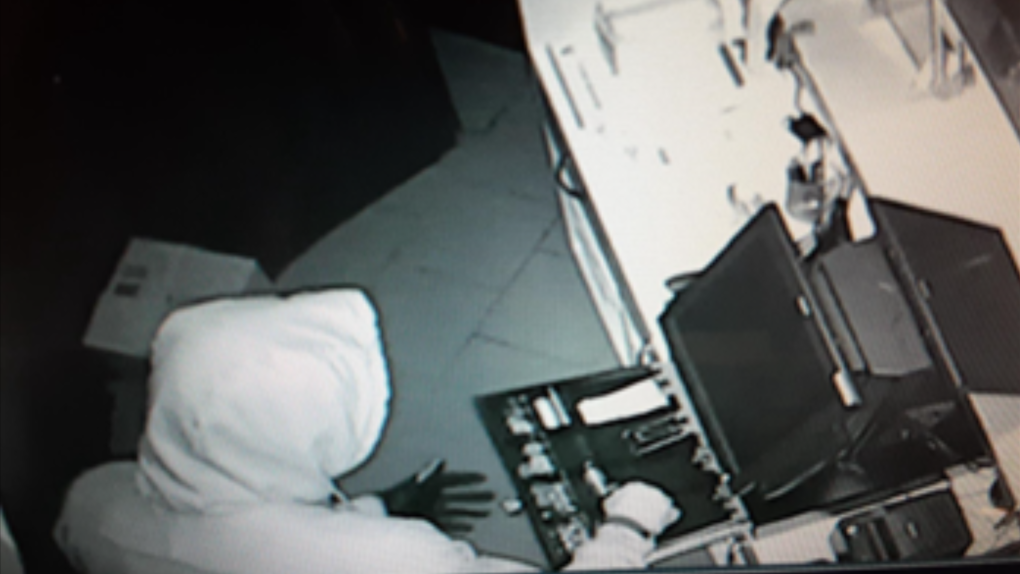 Police releases this image of a suspect wanted in connection with a series of break-ins from Barrie to Peel Region during August 2020. (Supplied)

BARRIE, ONT. -- A four-month, multi-jurisdictional investigation led officers to charge a Barrie man with 52 offences in connection to a brazen spree of break-ins over the summer.

Police say the accused used a vehicle stolen from Peel Region in a series of 14 commercial property smash and grabs during the month of August.

According to investigators, the crimes started in Barrie and stretched into Peel, York and Simcoe County.

Police accuse the suspect of damaging 15 properties, arson and theft of about $18,000 in cash and items during the crime spree.

South Simcoe Police arrested the 34-year-old Barrie man and charged him with 52 crimes, including 15 counts of break and enter, 16 counts of mischief, 14 counts of theft and one count of arson, among others.

The accused was released from police custody with a future court date scheduled.

None of the allegations have been proven in court.