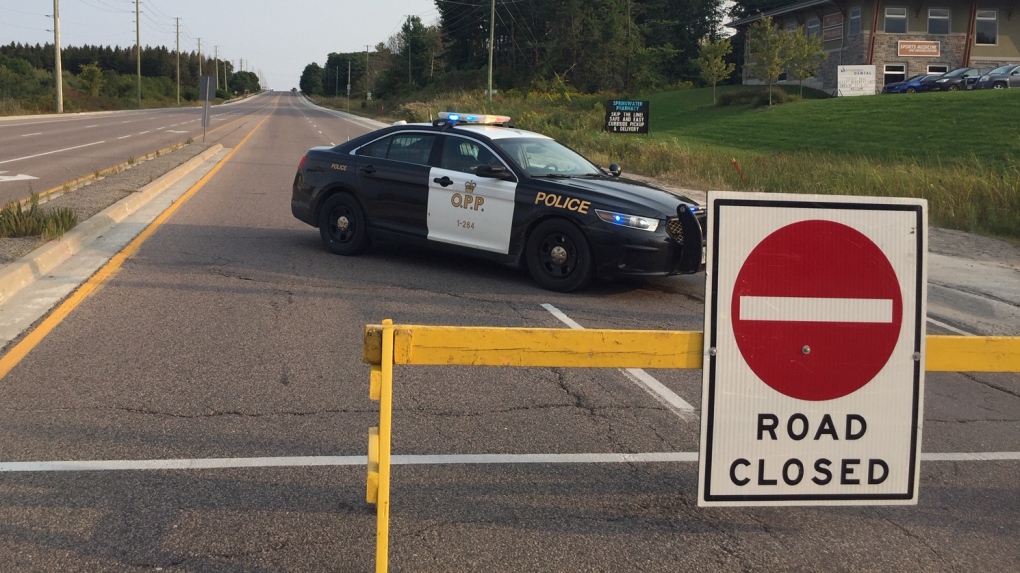 Police respond to the scene after a pedestrian was fatally struck in Springwater Township, Ont., on Sept. 16, 2020. (Steve Mansbridge / CTV News)

BARRIE -- The Huronia West Detachment of the OPP has charged a 22-year-old man from Barrie for failing to remain at the scene of a collision, where a pedestrian was struck and later died.

On Sept. 15, 2020, just before 11 p.m., OPP officers were called to Springwater Township for reports that a female with a dog was walking on Bayfield Street North waving at vehicles. Before police arrived, another OPP officer on-duty and an off-duty Barrie Police Service officer came across the scene. They found the female lying on the roadway, and they attempted to give her first aid.

According to the OPP’s initial investigation, the female pedestrian was struck by a vehicle that failed to remain. She was transported to hospital by Simcoe County Paramedics, where she was pronounced dead.

The driver of the vehicle has been charged with Failure to Stop after Accident Resulting in Death. He was set to appear in court for a bail hearing on Tuesday.