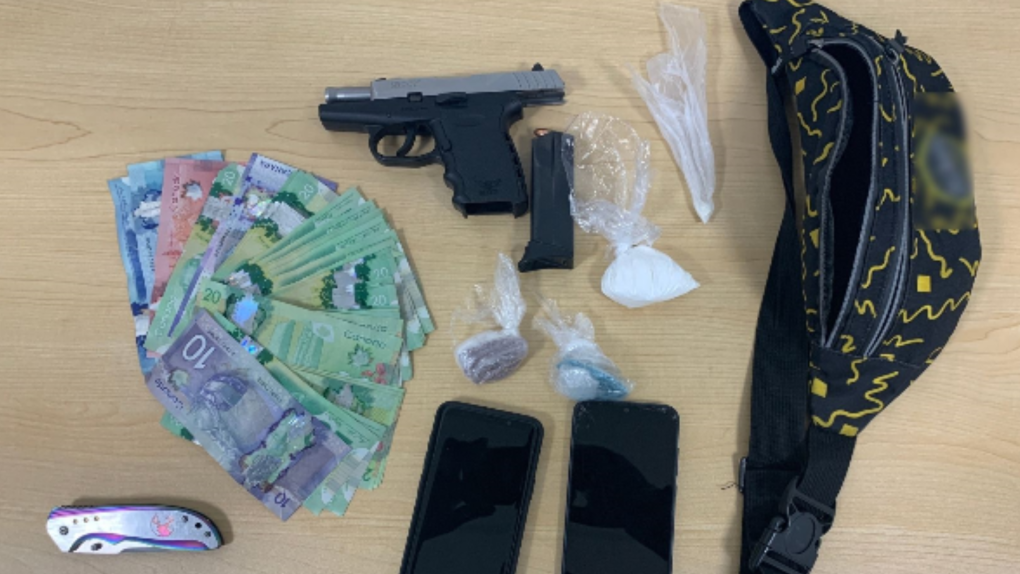 A Barrie man accused of carrying a loaded semi-automatic weapon in a fanny pack around his waist faces multiple charges after officers attended a call for a disturbance.

Police say they responded to a call on Saturday at a home in the Penetang and Mulcaster streets area to find a man with a knife.

They say the knife was a prohibited weapon, and officers placed the man under arrest.

According to police, the suspect gave a false name, but officers were able to identify him.

They say a search of the 29-year-old man revealed he had a loaded 9mm semi-automatic gun, plus several bags of suspected fentanyl and cocaine.

Police charged the accused with a slew of drug and weapons offences, plus obstructing a peace officer.