Barrie man arrested in connection with homicide in Trent Hills 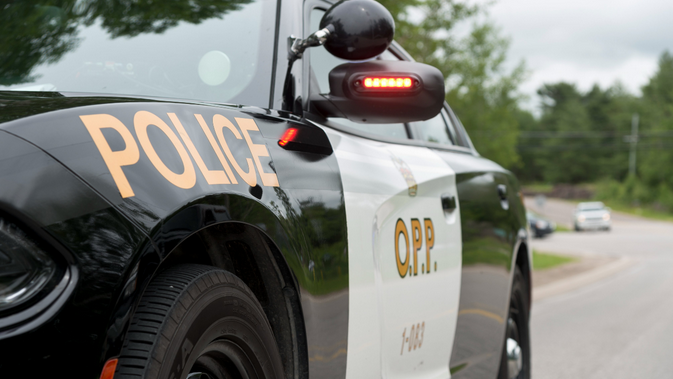 An OPP cruiser is seen in this file image. (Supplied/OPP)
Barrie, Ont. -

Provincial police arrested a Barrie man in connection with a homicide last month in Trent Hills and are on the hunt for a second suspect.

Police had a section near the Painswick Library in the city's south end blocked off Sunday while officers executed a search warrant at a nearby house.

They arrested an 18-year-old man and charged him with second-degree murder.

According to police, a 38-year-old man from Warkworth was found suffering from a gunshot wound on the morning of Sept. 16. They say the victim, identified as Andrew Brenton Brown, was rushed to hospital for treatment of life-threatening injuries but died.

Police urge anyone with information to contact the Northumberland OPP at 1-888-310-1122 or leave an anonymous tip with Crime Stoppers.

Investigators continue their search for a second suspect, Kaveon Terry Marcus Symeon DANIEL, age 19, of Mississauga, described as a black male, approximately 5'10", 130lbs, with brown eyes and brown hair. If seen, DO NOT APPROACH and call 9-1-1 immediately.