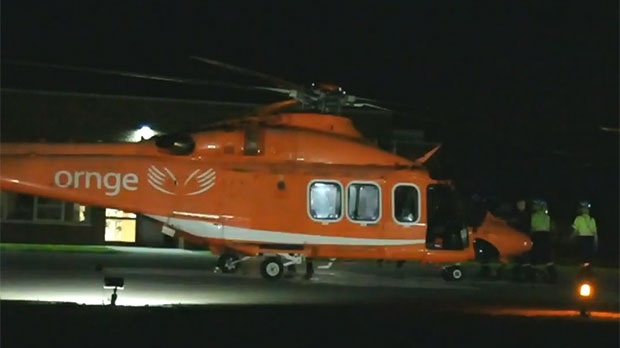 BARRIE -- A 21-year-old Barrie man was airlifted to a Toronto trauma centre following a crash in Innisfil.

Police say the collision occurred when the Hyundai failed to yield to traffic. The impact of the collison trapped the 21-year-old Hyundai driver, who was later freed by Innisfil Firefighters. The male was transported to hospital but was shortly airlifted by air ambulance to a Toronto trauma centre.

The 21-year-old remains in hospital with serious injuries. The passenger was treated in hospital for minor injuries.

The driver of the Escape was treated at the scene. No charges have been laid, and the investigation is ongoing.