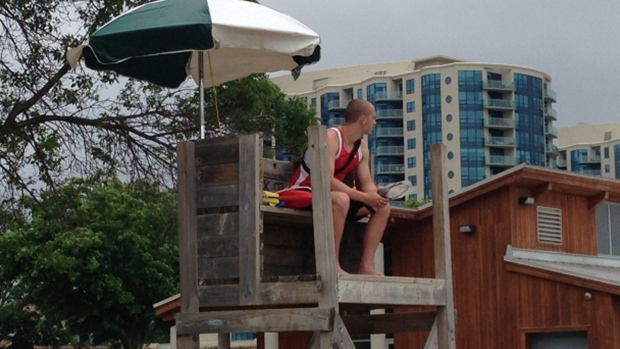 Lifeguard on duty at Centennial Beach in Barrie. (CTV News)

Lifeguards will keep a watchful eye over beachgoers at Centennial Beach in Barrie for an extra two weeks next summer.

Councillors approved a motion to extend the lifeguard season to the Friday before Labour Day weekend at the cost of $21,500.

Council did not approve of extending the season at Johnson's Beach, citing limited public usage during the last few weeks in August.

Beach lifeguards have typically been on duty for seven weeks starting July 1 to mid-August.

The city estimates an average of 113,000 people visits both beaches every year.