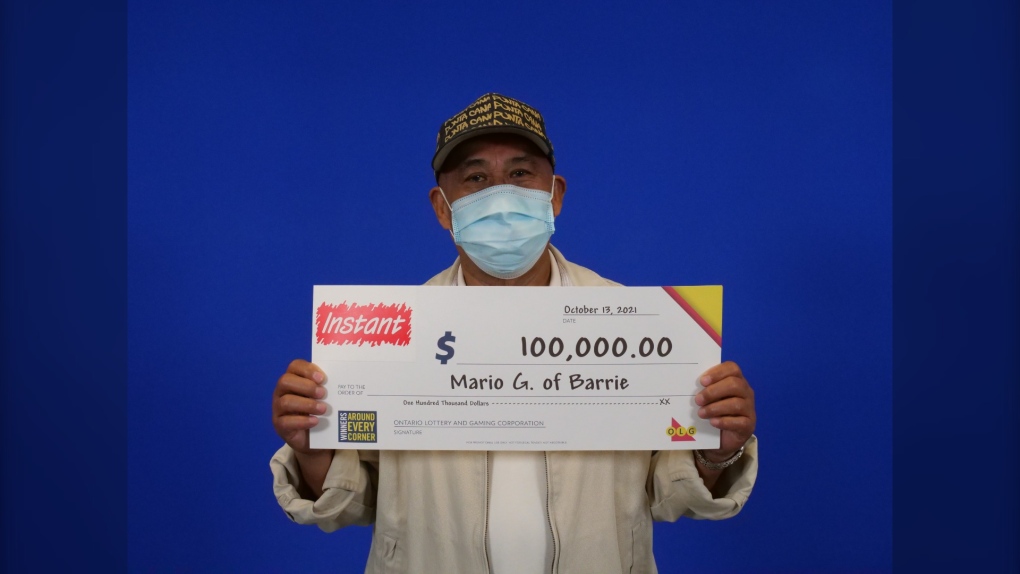 A shift in his regular lottery routine proved to be a good decision for one Barrie man who brought home his biggest winnings ever.

Mario Gurango is up $100,000 after taking home the top prize with Instant Wild Card. The 74-year-old grandfather typically plays Instant Crossword but had a whim to try another game.

"When I played my ticket, I realized I won on the first line and was shocked," Gurango said while collecting his winnings at the OLG Prize Centre in Toronto.

Overwhelmed, he asked a friend to double-check the ticket, verifying it with the OLG app.

Paying off some bills and travelling is at the top of his personal wish list, with plans to share with his children as well.

The lucky winner purchased the ticket at Anne Street Variety.