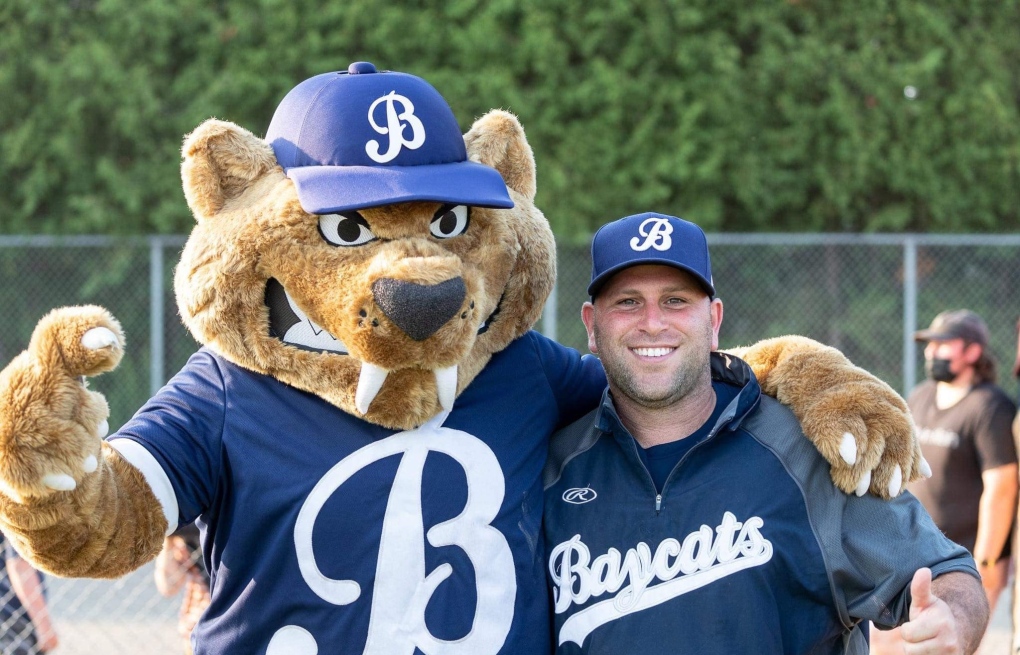 Matlow takes the role over from David Mills, who stepped down in September.

“It’s obviously a challenge and a lot of work, but I’m excited. To be able to work in baseball, it’s a dream,” Matlow said. “It’s an honour to be in this position and be able to do it with the support of my wife and family.”

Matlow played for the Baycats from 2005-09. He was hired as GM and coach for the 2020 season after a year of volunteering.

He would have never imagined his stint as a player would lead to the position he is in now.

“You’re so young (at the time) you don’t think of these things. When I moved up here about 10 years ago, I said I wanted to get back and volunteer just to be a part of it,” Matlow said. “The train is moving fast, but I’m all for it.”

The Baycats went 14-16 last season and fell to the Toronto Maple Leafs in the Intercounty Baseball League (IBL) semifinals.

It came after winning six straight IBL championships before the cancelled 2020 season.

Matlow plans on bringing back a lot of the 2021 roster for the 2022 season and hopes to add more imports to the team and take another run at a championship.

“We had issues bringing in the foreign players in 2021 – getting them visas was a real problem. We resorted to bringing in some Americans. We brought in Avery Tuck, and that worked out well for us,” Matlow said.

“We are inviting him back, and as of right now, we are looking at bringing in three more Dominicans, but things can change. We don’t know what that will look like.”

Off the field, Matlow said different procedures within the organization need to be updated.

“There are old-school ways in which things are set up, and I learned that as a general manager. I think a lot of it is just getting up with the times and stopping things like writing cheques,” Matlow said.

“We need to mainstream things and make them more modern and up-to-date. There is going to be a lot of turnover, adjustments and learning curves.”

Matlow said Mills will be around to help show him a thing or two.

“He’s helping with the transition and is obviously a mentor for me and will be there if I have any questions,” Matlow said. “He’s done so many things one way for so many years, and I want to make sure I’m continuing the tradition and not changing things too much.”

Mills said he believes Matlow is the right person for the job and has looked forward to handing over his title.

“I am confident that Josh has the skills and energy to successfully address the many facets of the Baycats president position for years to come,” Mills said in a team release on Dec. 22.

“The Baycats have developed a unique positive culture over 20 years that includes the great support of our volunteers, members, sponsors and of course our fans. I am pleased that Josh has accepted the reins of this remarkable organization and will enjoy watching Josh continue to build on the team’s many successes.”

Matlow will continue as general manager and coach, but said that might change sometime down the road.

YouTube superstar MrBeast is making the world clearer -- for at least 1,000 people. The content creator's latest stunt is paying for cataract removal for 1,000 people who were blind or near-blind but could not afford the surgery.

Ryan Reynolds went from joy to despair, and punch-the-air ecstasy to desolation.