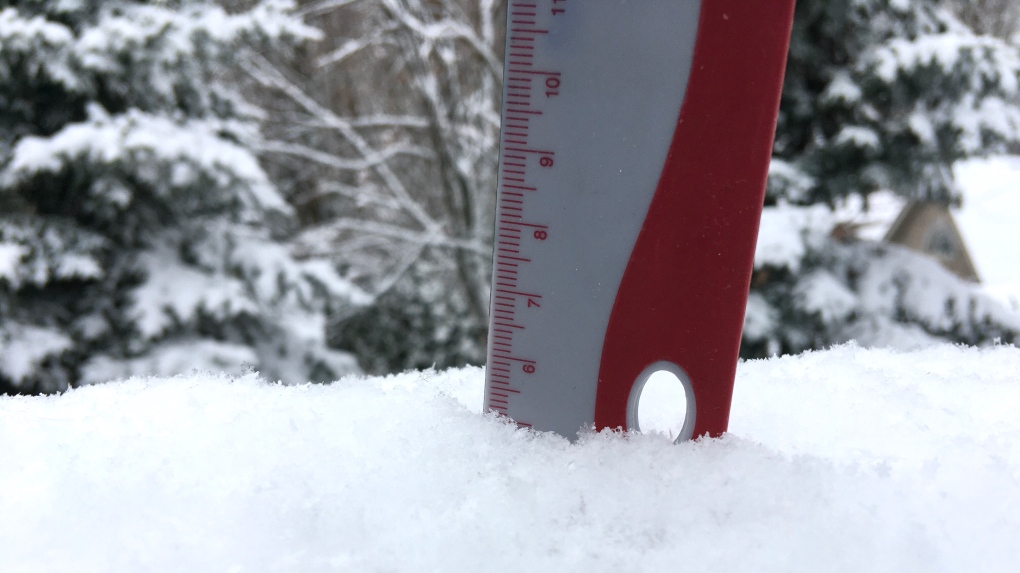 BARRIE, ONT. -- It doesn't happen often, but on Sunday, Toronto surpassed the traditional snow-belt areas to the north with the amount of snowfall it received.

While the so-called Big Smoke and Newmarket received almost 20 centimetres, Barrie and north to Muskoka/Parry Sound got just six to 10 centimetres of the white stuff.

Regardless of where you were, the snow that did fall was heavy and wet.

Another two centimetres is expected in Barrie Monday.

Temperatures will hit highs of around 5C and should help melt some flakes. Another weather system, complete with wet snow, is making its way into our region Tuesday evening.

Once again, it appears that the areas closer to Lake Ontario will receive greater amounts of accumulative snow (three to five centimetres).

This snowfall is not expected to remain as temperatures climb to as high as 7C by Thursday.