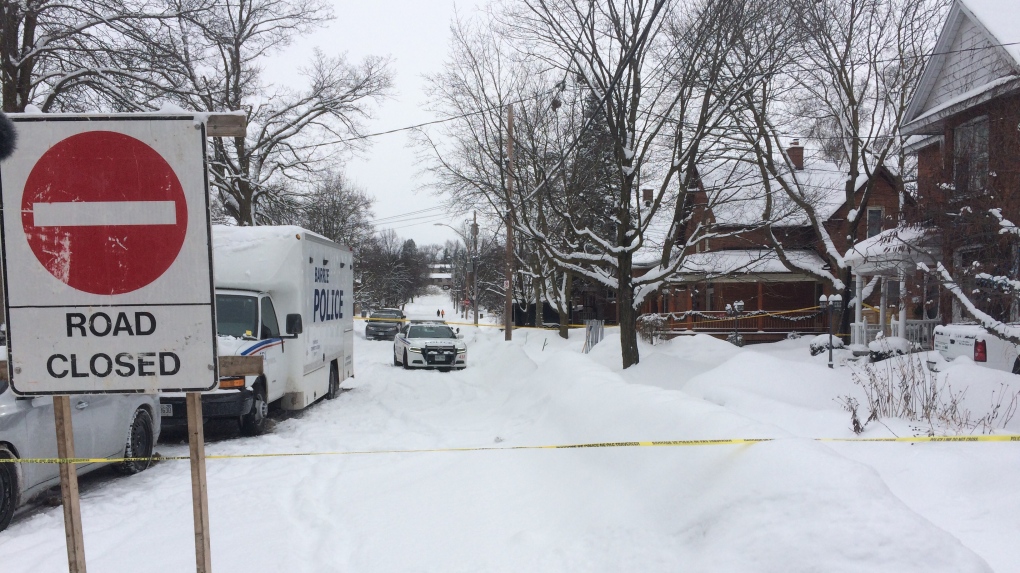 Barrie police say they’re still waiting for a coroner to release the cause of death in last week’s double homicide.

The autopsy report was scheduled to be released on Saturday, but it has been delayed. Investigators are hoping to receive the report on Tuesday and release the cause of death.

The bodies of 19-year-old Nick Pasowisty and his father, 51-year-old James Pasowisty were found in a William Street home on Wednesday. Police have said the bodies were found with “obvious signs of trauma.”

Dyrrin Daley was arrested that same day at a home on Marcus Street. He’s been charged with two counts of first-degree murder.

Police have released the scene at the William Street home, but the Marcus Street residence will remain blocked off for at least the next day.

Daley will be back in court on Thursday.