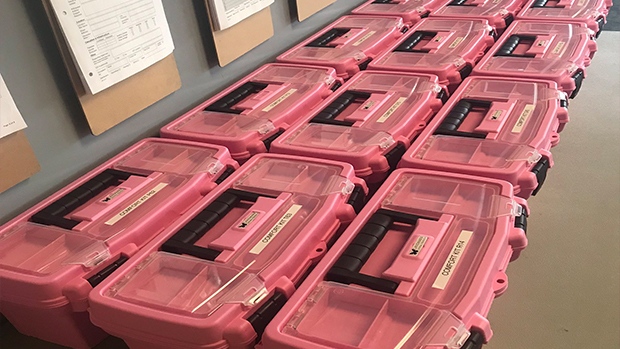 Captain Marc den Bok with Clearview Fire created comfort kits for children with autism that are in every truck in the service's fleet. (Supplied)

It started with a simple list on a whiteboard.

A blanket, a stuffie, safety glasses, headphones and a fidget spinner are just some of the items that were jotted down by Clearview Fire Captain Marc den Bok. 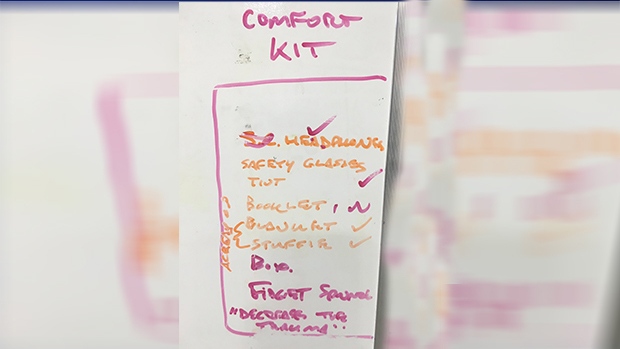 The firefighter was ignited with an idea to create what he calls comfort kits for children, including those who meet a special need in times of crisis. "Typically, we deal with physical trauma, but in this case, we are focusing on trauma-informed care," Capt. Den Bok explains.

After a member of his family was diagnosed with Aspergers, Den Bok says he became educated about the needs that someone on the autism spectrum might require in times of trauma.

He says another Clearview firefighter with a child on the spectrum recently conducted training on autism awareness that was well received. It led him to the decision that they could do more.

"Not just [for] those we encounter who are on the spectrum, but kids in general," he says. 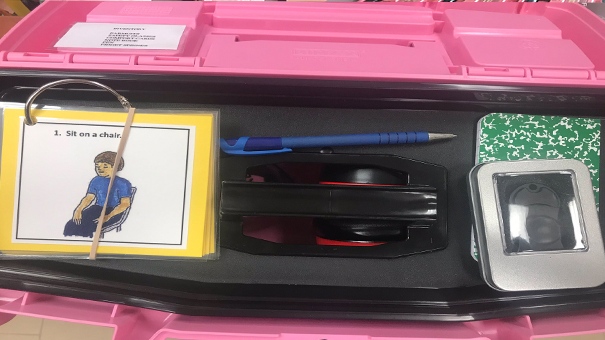 Emergency crews face people in all types of situations, car accidents, house fires, medical emergencies. Whatever the incident, it can be stressful for everyone involved, especially children.

That's why Den Bok says the comfort kits are so essential. He consulted with an Early Intervention Specialist about what each kit should contain, and after getting support for his idea from the chief, Den Bok set out to make it a reality.

"This week, I have been in the process of giving an awareness level training on the kit to the members of each station," he explains.

Every fire truck within the Clearview fleet is now equipped with the Autism Comfort Kits, and Den Bok hopes more stations will follow their lead.

"The goal is to make all kids, including ASD diagnosed, those with sensory processing disorders and those not on the spectrum feel safe and supported."