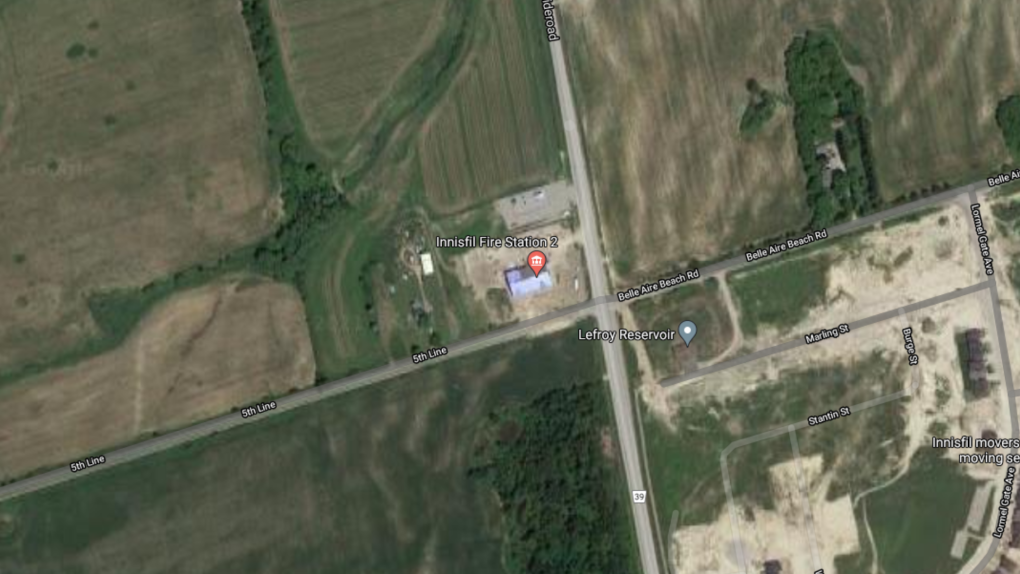 Police charged a 31-year-old Innisfil man with three impaired driving charges after a crash in this area of Innisfil Sun., June 13, 2021. (Google)

BARRIE, ONT. -- Two people were injured in a crash between an ATV and a Side-by-Side Sunday, and now, the ATV driver is facing impaired charges.

South Simcoe Police said the accident happened in the evening on a dirt trail near Belle Aire Beach Road east of the 20th Sideroad.

The ATV rolled during the crash, throwing a male and a female from the vehicle.

The female passenger was taken to hospital with serious injuries, the male driver suffered minor injuries.

Police charged a 31-year-old Innisfil man with three impaired driving charges. His licence was suspended for 90 days and his vehicle impounded for seven days.

The driver of the Side-by-Side was not injured, but the vehicle sustained extensive damage.