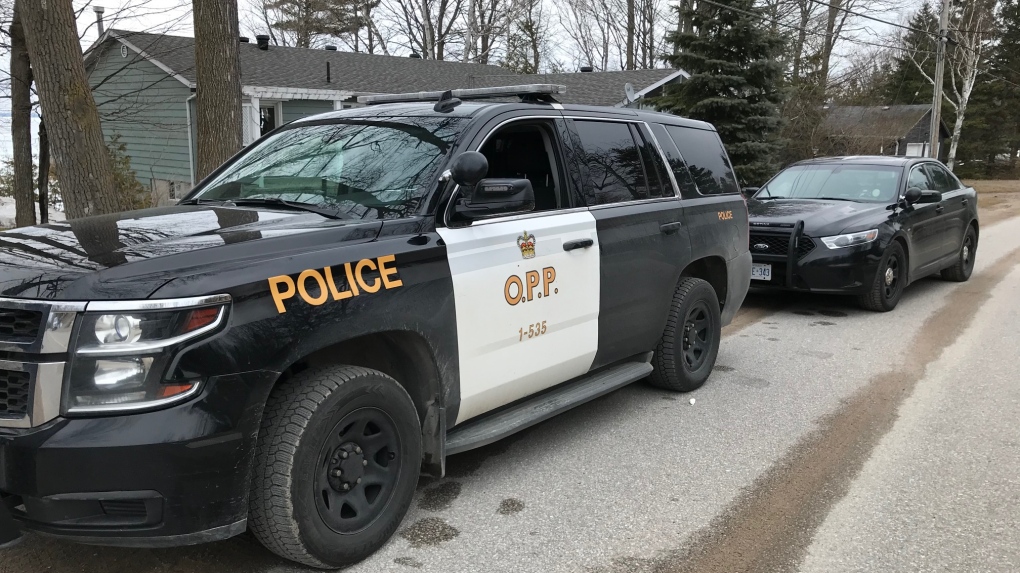 Ontario Provincial Police investigate an altercation in Midland that resulted in 6 arrests and one man in hospital on Tues., March 24, 2020. (Rob Cooper/CTV News)

BARRIE -- Five people are facing attempted murder charges as a 53-year-old man continues to fight for his life in hospital.

Provincial police say the victim was found with life-threatening injuries after being stabbed at a residence on Frederick Street in Midland on Tuesday morning.

Police allege the five accused were seen leaving the scene in a vehicle and were later found in Port McNicoll where they were placed under arrest.

While two women from Midland, ages 35 and 42, both face attempted murder and aggravated assault charges.

The five accused individuals are being held for a bail hearing in Midland at a future date.

The incident is still under investigation.