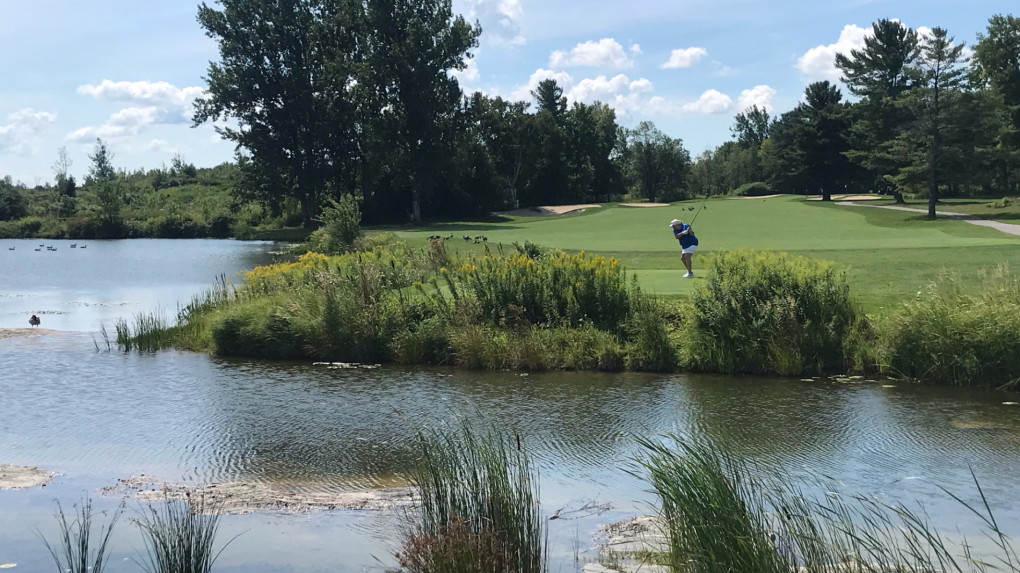 An annual golf tournament that supports a local hospital is underway in Port Severn today.

Typically held on the third Thursday in August, the tournament is a four-player scramble format.

Referred to as the 'Kickstart Your Heart' campaign, the proceeds from the event raise money for cardiac care monitors and ECG machines. The fundraiser will also support Wendat's Lorna Tomlinson Residence for Seniors in Penetanguishene.

The event, in partnership with Bell Media Radio Stations Pure Country 106 and BOUNCE 104.1, has raised more than $225,000 for the hospital over the past eight years.

If you missed out on the tournament, there are still ways you can help the Penetanguishene hospital.

An online auction has replaced the in-person, silent auction.

A number of prizes are up for grabs, including golfing for two, radio advertising, furniture and more.

Many trapped in Florida as Ian heads toward South Carolina

Rescue crews piloted boats and waded through flooded streets Thursday to save thousands of Floridians trapped after Hurricane Ian destroyed homes and businesses and left millions in the dark. The destruction began to come into focus a day after Ian made landfall in Florida as one of the strongest hurricanes ever to hit the U.S.

The Toronto Blue Jays secured a playoff berth Thursday without even taking the field.

Hundreds of royal fans lined up outside Windsor Castle for the chance to pay their final respects to Queen Elizabeth II as the chapel where the late monarch was buried opened to the public Thursday for the first time since her death. The queen's death certificate says the 96-year-old monarch died of old age.

A Winnipeg father who fatally stabbed his three-year-old daughter won’t be eligible for parole for 18 years, a judge ruled Thursday afternoon.

The RCMP says Jeremy MacKenzie's arrest was not influenced by Conservative Leader Pierre Poilievre's request to have the Mounties look into comments about his wife.

Quebec's immigration and labour minister claims that newcomers to the province "go to Montreal, don't work, and don't speak French," though he later tweeted he expressed "his thoughts badly."

1 in 4 Ontario farmers contemplated suicide in past 12 months: study

There’s no way around it — Farming is one of the most stressful occupations on the planet. “Seventy six per cent of farmers are self identifying as having moderate to high stress levels. In general, that is much higher stress levels than the general population,” said Ontario Federation of Agriculture President Peggy Brekveld.

FinTok: How TikTok is changing financial literacy in Canada

Financial TikTok – or FinTok – has become one of the most popular trends on the platform, and is emerging as a go-to resource for Gen Z and millennial audiences looking to learn how to invest, budget or even spend more wisely.

Russia to annex more of Ukraine on Friday at the Kremlin

Russia planned to annex more of Ukraine on Friday in an escalation of the seven-month war that was expected to isolate the Kremlin further, draw it more international punishment and bring Ukraine extra military, political and economic support.