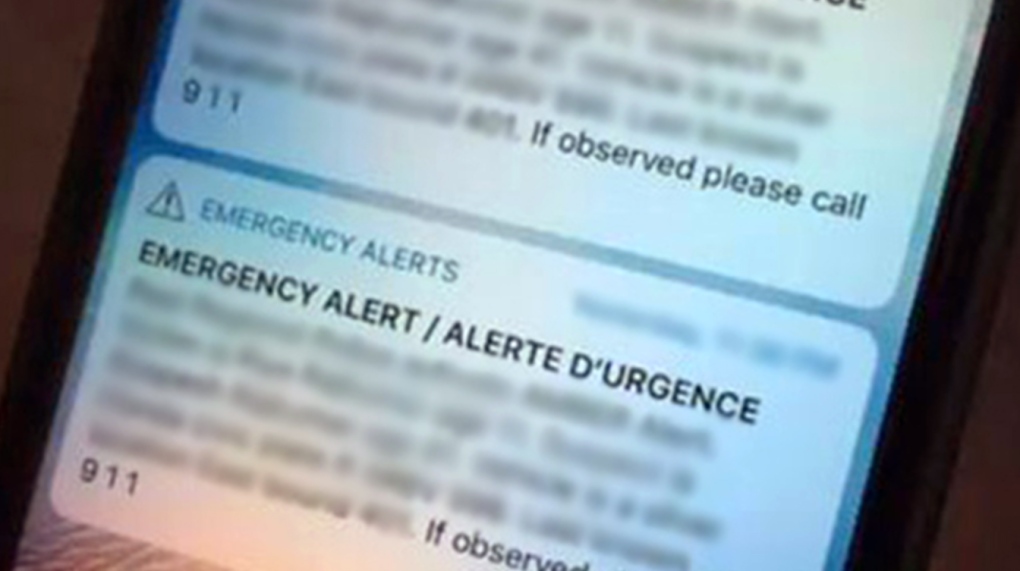 An Amber Alert is activated in this undated image.

Police say 12 children were reported abducted in 2019, and of those 11 were located safely. In the last year, eight Amber Alerts were activated provincially, resulting in the arrest of six suspects. In each of those cases, police say a family member was involved.

Once a child is abducted, police say there is no way to determine the exact location that the suspect is headed, which is why it's important to send an Amber Alert across the entire province.

On April 25, 2019, an Amber Alert was issued for a five-year-old boy allegedly taken by his mother from a school in Mississauga. They were later found 290 kilometres away in Tilbury.

In May, a three-year-old boy allegedly abducted in Sudbury was found 400 kilometres at a condo in downtown Toronto.

400km in a few short hours? As Ryan discovered last year, time is critical with an #AMBERAlert! You may think you are unable to assist but abductors can travel far and fast. @AMBERAlertONT For more: https://t.co/BIITEFCxjy pic.twitter.com/TZGTHC4K2d

"Your child has been abducted. Those are words no parent ever wants to hear. You may be sick to your stomach and feel helpless. I know as a parent; you want every possible set of eyes on the lookout in hopes for a safe return of your child. That is the purpose of the AMBER Alert Program," stated OPP Inspector Angie McCollum.

Provincial police activate an Amber Alert once requested by municipal or regional police.

The program is used in Canada and the United States, along with many other countries worldwide, to help locate children who have been abducted.