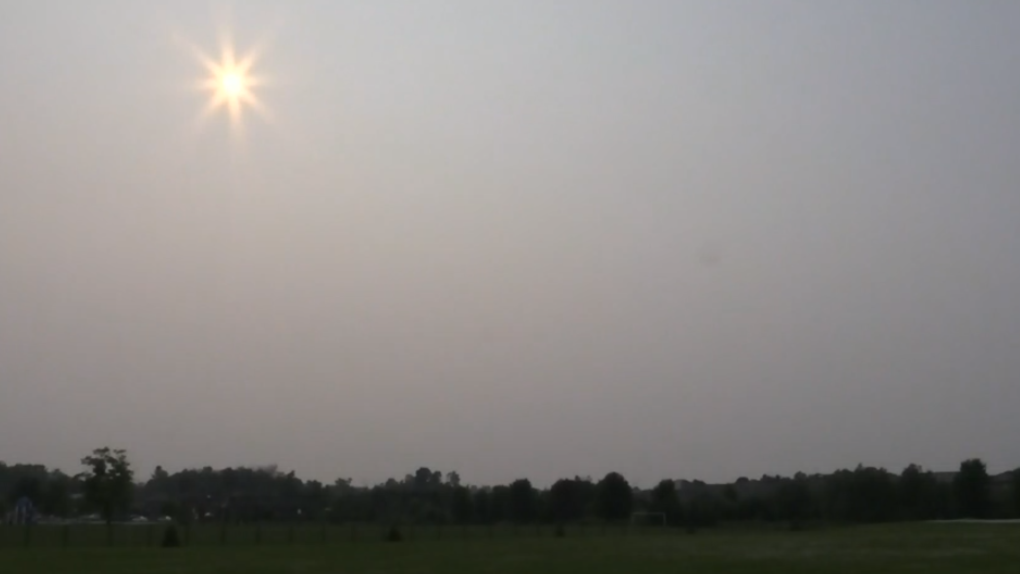 A special weather statement is in effect on Sun., July 25, 2021 due to a potential for poor air quality as smoke from forest fires in northwestern Ontario moves across the province. (File Photo/Dave Sullivan/ CTV)
BARRIE, ONT. -

Environment Canada has issued special weather statements over air quality for much of central Ontario.

Special air quality statements have been issued due to drifting smoke from active forest fires in northwestern Ontario.

The weather statements are in effect for the following regions:

According to Environment Canada, the conditions may last into Monday. Extra precaution is recommended for those who may be exposed to wildfire smoke.