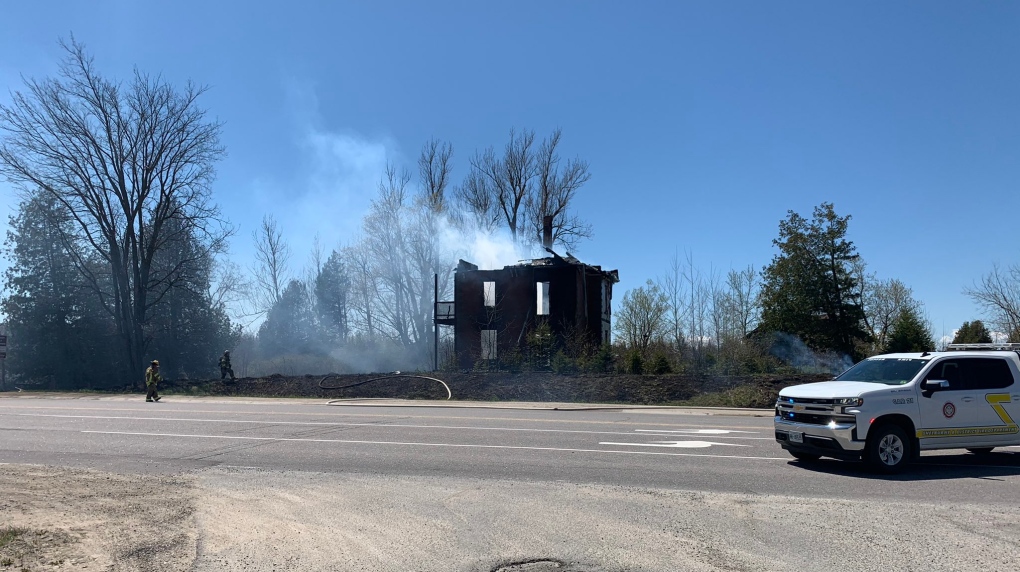 BARRIE, ONT. -- An investigation is underway following a suspicious fire that caused significant damage at an abandoned house on Highway 10 in Primrose on Wednesday afternoon.

Provincial police and fire crews from Rosemont, Shelburne and Orangeville, attended the residence located between Highway 89 and 30th Sideroad as smoke filled the sky.

Highway 10 was closed for roughly five hours while crews tried to put out the flames.

It's unclear at this time what caused the blaze, but Dufferin OPP and Shelburne Fire are investigating.

Police ask anyone with information "about suspected unlawful activity" to contact the OPP at 1-888-310-1122 or leave an anonymous tip with Crime Stoppers.