5 motorists charged with being impaired in Barrie over 2 days

5 motorists charged with being impaired in Barrie over 2 days 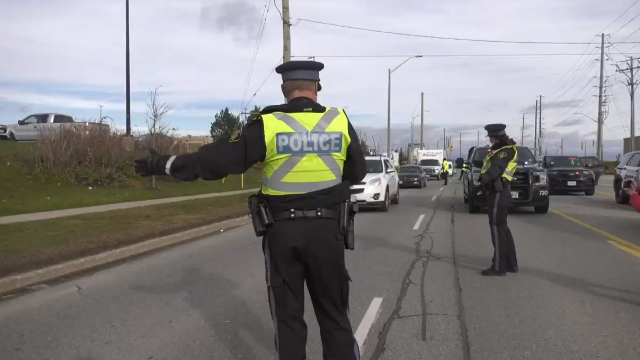 Police in Barrie say officers arrested five drivers within city limits accused of being impaired over two days, two of whom were involved in collisions.

According to police, officers charged a 25-year-old Oro-Medonte man on Friday night after witnesses reported seeing a vehicle crash into a concrete barrier.

In one case, police say callers alerted officers to a vehicle parked on a curb that had been running "for a period of time."

A 31-year-old Mulmur man was charged with impaired driving and possession under the controlled drug and substances act.

Finally, a 23-year-old Barrie man was pulled over and charged in the early morning hours on Sunday.

All five drivers had their licences suspended for 90 days and their vehicles impounded for seven days.

Each has a future court date scheduled to answer to the charges.

"As we approach the holiday season, drivers are reminded to arrange for an alternate means of transportation if they plan to consume alcohol or drugs," Barrie Police Services stated in a release on Monday.