Toronto police say a 13-year-old boy is in custody after an early-morning joyride ended in a multi-vehicle crash that sent his teenage passenger to hospital.

The collision happened around 4:45 a.m. at the corner of Dufferin Street and Finch Avenue West in the city's north end. 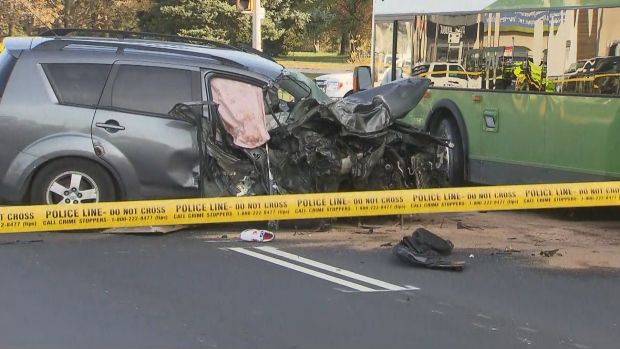 Police say the teens were speeding along in a family member's car when they struck a fuel truck. A GO Transit bus was also struck in the aftermath of that first collision.

Another 13-year-old who was a passenger in the car was sent to hospital with serious injuries, and police say the 13-year-old driver was arrested.

Neither the truck driver nor the bus driver was hurt, and police say the fuel truck wasn't breached.

They're asking anyone with information to contact them as the investigation continues.

This report by The Canadian Press was first published Oct. 15, 2019.